Just under three weeks before election day, Donald Trump and Hillary Clinton took the stage together for the third and final time Wednesday night; both seeking to take advantage of their last chance to prove to the nation why they are the better choice for the highest office in the land.

In the buildup, momentum was solidly in Clinton’s favor, with Trump trailing by 6.5% according to the RCP average of polls and reeling from a still ongoing scandal regarding alleged sexual misconduct toward women and, more generally, continued accusations of offensive behavior towards perceived opponents or adversaries. 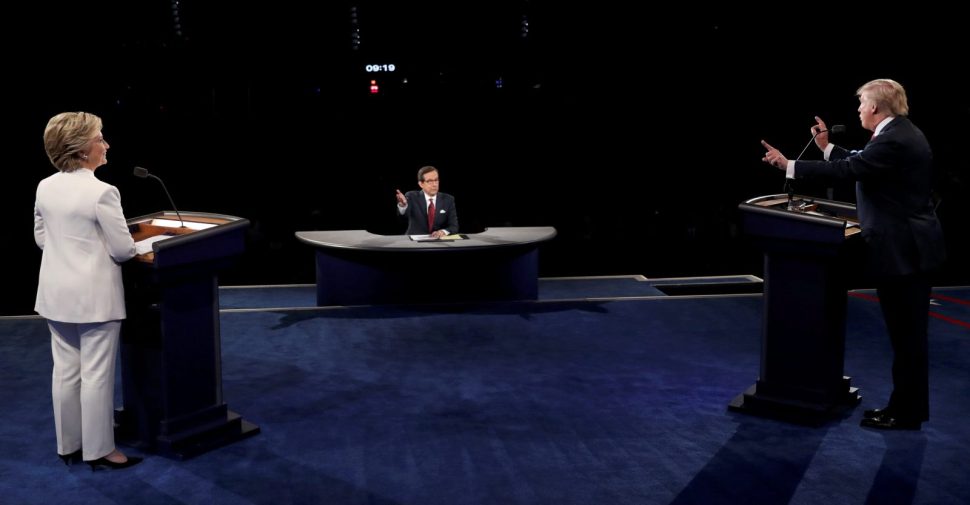 Clinton, meanwhile, continues to be plagued by her email scandal and, most recently, a string of WikiLeaks reveals that has generated repeated accusations of collusion and further deepened the mistrust many feel toward her regarding a history of alleged corruption and deception.

As such, there was no shortage of motivation for either candidate to come into the debate and prove that their vision for America was the best for the American people. 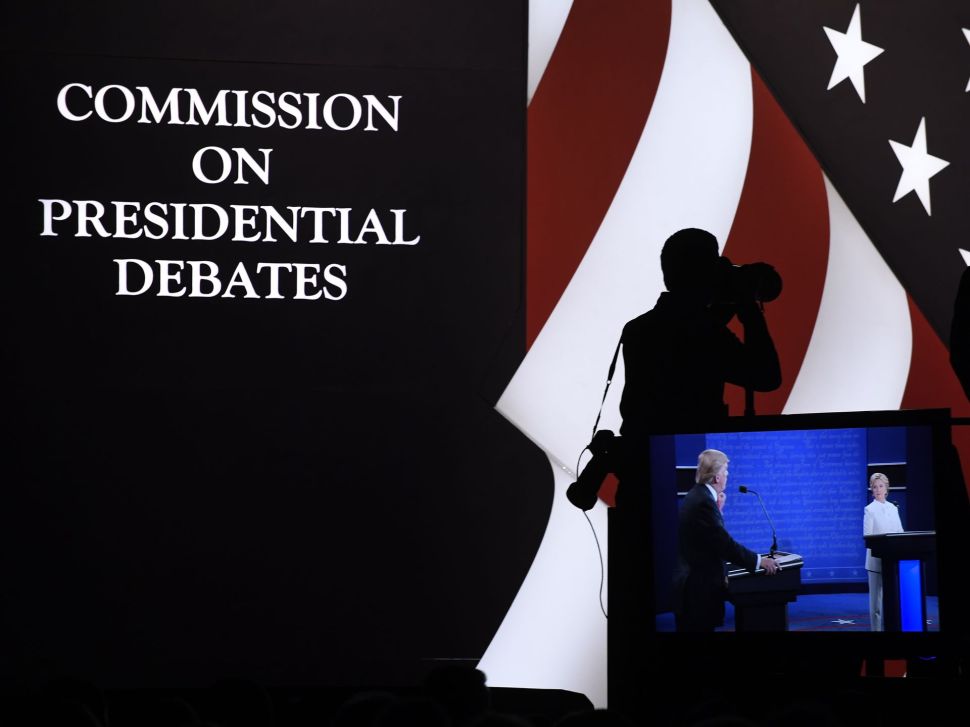 While maintaining many of the dynamics that have made this such a unique election year, the third debate offered a rare, relatively disciplined discussion of policy and stances.

With issues ranging from the Supreme Court and constitutional priorities to immigration, foreign affairs, and economic plans, each of these candidates was given ample opportunity to present their ideals and, certainly, attack those of their opponent. 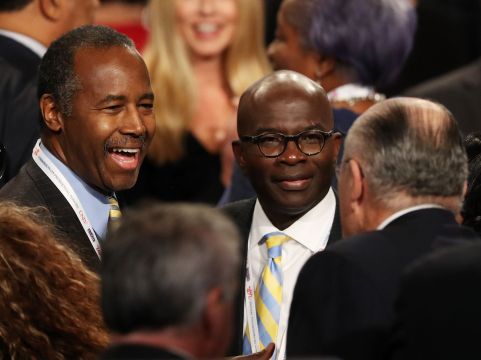 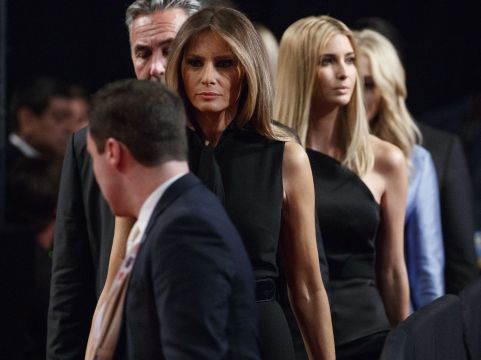 Domestically, and in social issues, these candidates’ priorities couldn’t be more at odds.  In the first segment of the debate, for instance, Trump reaffirmed his commitment to appoint justices to the Supreme Court who held traditional conservative stances on the second amendment, abortion, and overall interpret the constitution ‘the way it was meant to be’.

Clinton, meanwhile, emphasized the need to appoint justices who represent ‘all of us’, seek the preservation of women’s and LGBTQ rights, and find a balance between the individual right to bear arms and the need for some further regulations. 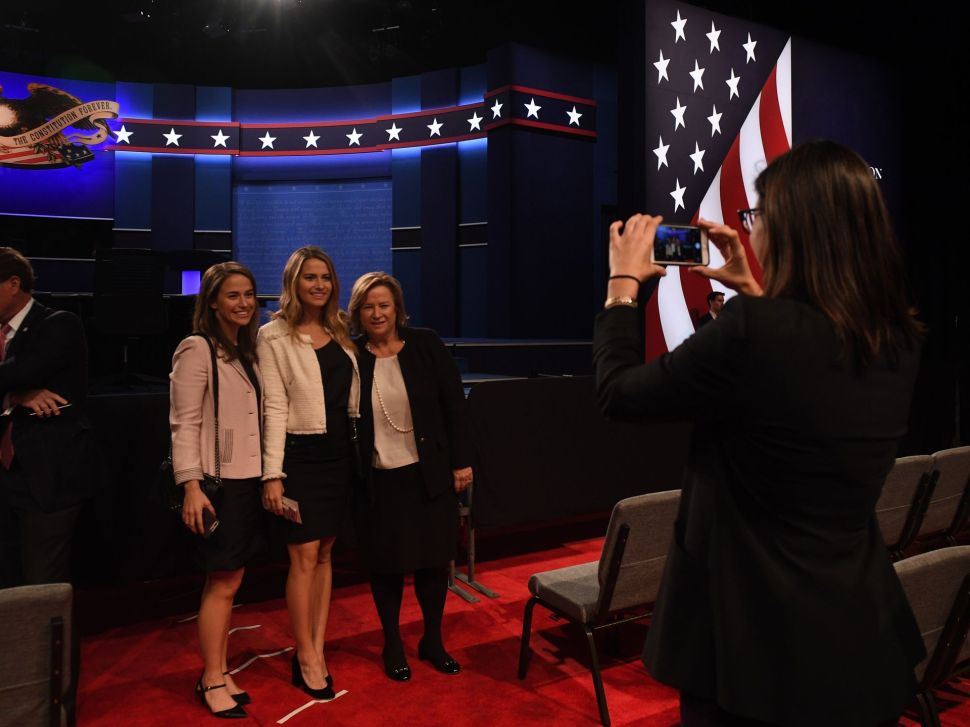 These differences deepened as the debate went on, with immigration and refugees once again proving a particularly heated topic.  Trump’s stances on immigration and the tackling of the various threats that illegal immigration poses are well known, emphasizing the deportation of illegal immigrants, construction of a wall on the southern border, and refusal to accept refugees from Syria and similar countries. 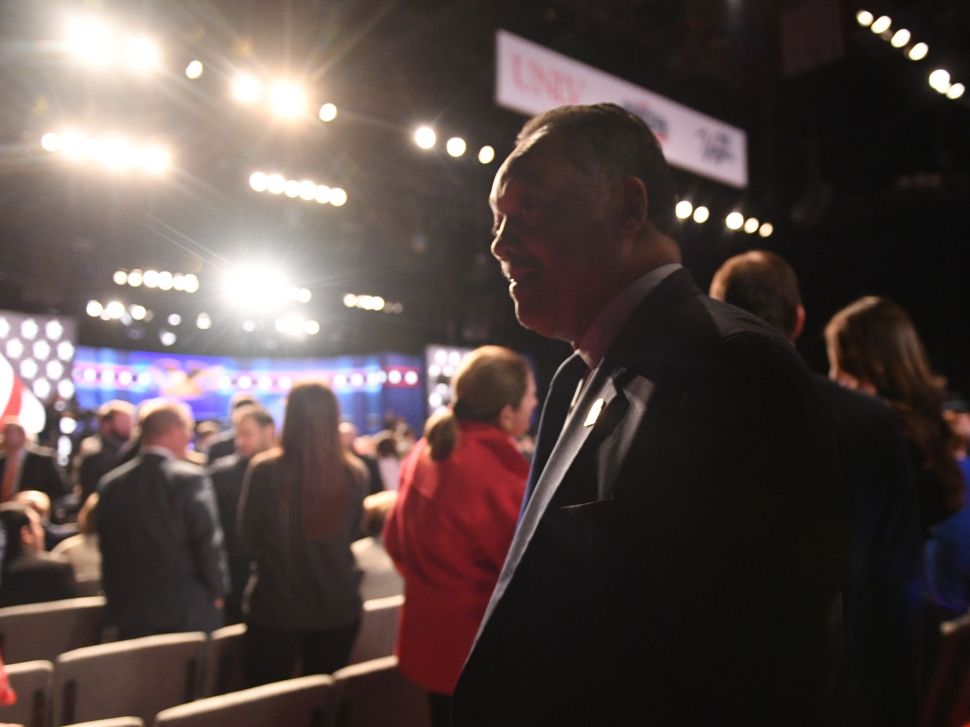 Clinton, meanwhile, has called for an increase in refugees from Syria and other places on humanitarian grounds while maintaining that a further strengthening of border forces was not necessary.  Rather, she emphasized the humane treatment of those here already and enforcement of existing laws for those, especially violent offenders, who are to be deported.

Though treated as a security issue at the surface, the differences these two candidates find in immigration translate directly to their handling of trade and the economy. 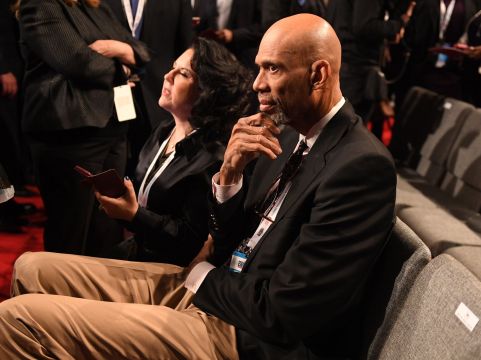 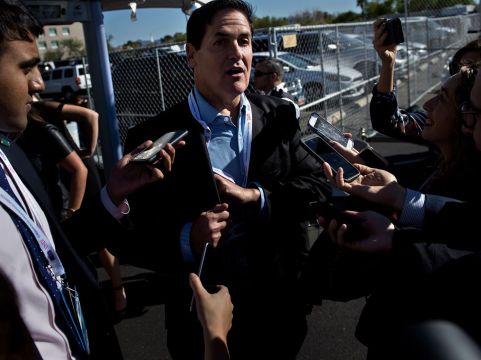 A nation’s stances on immigration and trade often go hand in hand; this has been a fully evident theme within this election, with vastly differing perspectives generating vastly different policy proposals.  Put simply, the current trend is toward globalism and an emphasis on cooperation, interconnectedness, and fair, equitable trade.

The natural byproduct of this, however, is the threat of companies fleeing the American market for cheaper options.  This economic recourse from decades of global free trade deals is exactly the theme from which Trump’s nationalist perspectives arise; prioritizing American interests, restructuring trade deals, and ensuring that military alliances, as well as trade deals, are arranged and executed in the interests of the American people and nation. 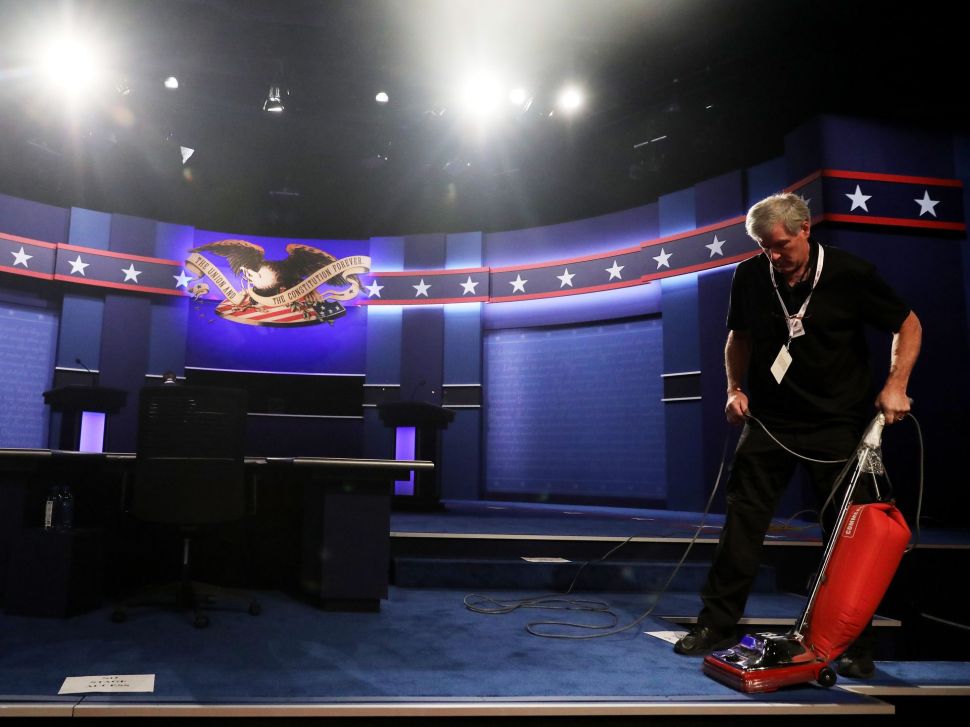 Clinton, in contrast, has a mixed record on the topic, particularly with regard to TPP, but emphasized the need for enforcement in the form of ‘trade prosecutors’, seeking the protection of American interests while maintaining a global outlook on trade, viewing America’s interests as significantly intertwined with those of other countries.

Furthermore, Clinton has placed a priority on what she terms middle-out growth, building the economy through jobs and opportunities that will benefit the middle class, rather than a top-down approach she associates with her opponent. 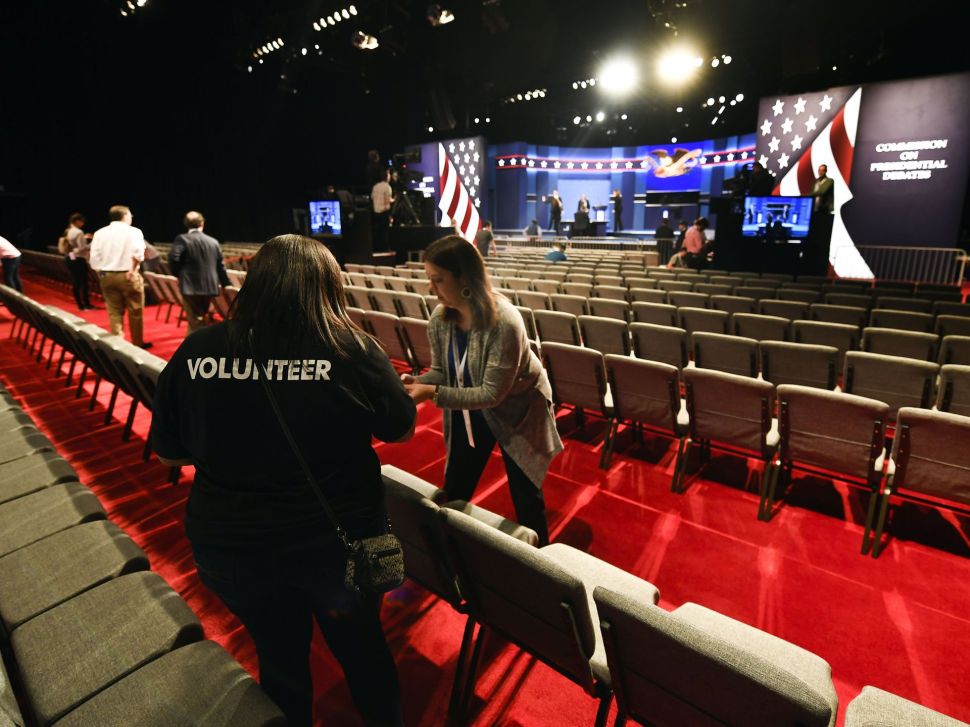 Involved in this, and in the interest of generating an increase in wages in general, Clinton has sought to raise the minimum wage and raise taxes on the top income brackets, contrasting sharply with Mr. Trump’s proposals.

Trump’s tax cuts, he argues, are more significant and sweeping, cutting taxes across the board.  Most notably, and controversially, however, are his proposed tax cuts for companies, whom Trump seeks to attract to grow the American market, and the top income brackets.

Though Clinton argues this resembles ‘trickle-down economics on steroids’, Trump asserts that such tax cuts are vital in reviving and growing the American economy by incentivizing companies to do business in the US with low, competitive tax rates while preventing the wealthy from seeking offshore tax havens and ensuring a vital supply of capital remains in the US.

These stances of protectionism vs. openness, or nationalism vs. globalism as has commonly been pointed to, all pay credence to the general themes of this election.  Trump, the outsider businessman capable of righting the course by putting national interests at the forefront, against Clinton, a level-headed, experienced candidate who seeks progress and prosperity in ways that appeal to large groups of people.

Putting the scandals aside, history will ultimately remember the four or eight-year term of one of these candidates, giving the American voters a clear contrast at a crucial moment in the history of the US.

Will it be the side that wishes to maintain course; further opening up globally, coordinating, and seeking to make the global economy work for the American people, or an utter paradigm shift; prioritizing, rather, nationalist interests and asserting the need to protect and preserve the American nation and market in order to regain the benefits of the past?

Will we take hard-lines on terrorism, immigration, and trade, or will we seek diplomatic solutions, openness, and prioritize climate change, humanitarian efforts, and the like?

Though this campaign is often boiled down to an issue of nationalism vs. globalism, that somehow seems like an oversimplification now.

There is no doubt that each of these candidates has to fight as much against themselves and their histories as they do their opponent, making it clear that these next three weeks will be a battle to shape the discussion and present the image of an American ideal that these candidates wish to deliver. 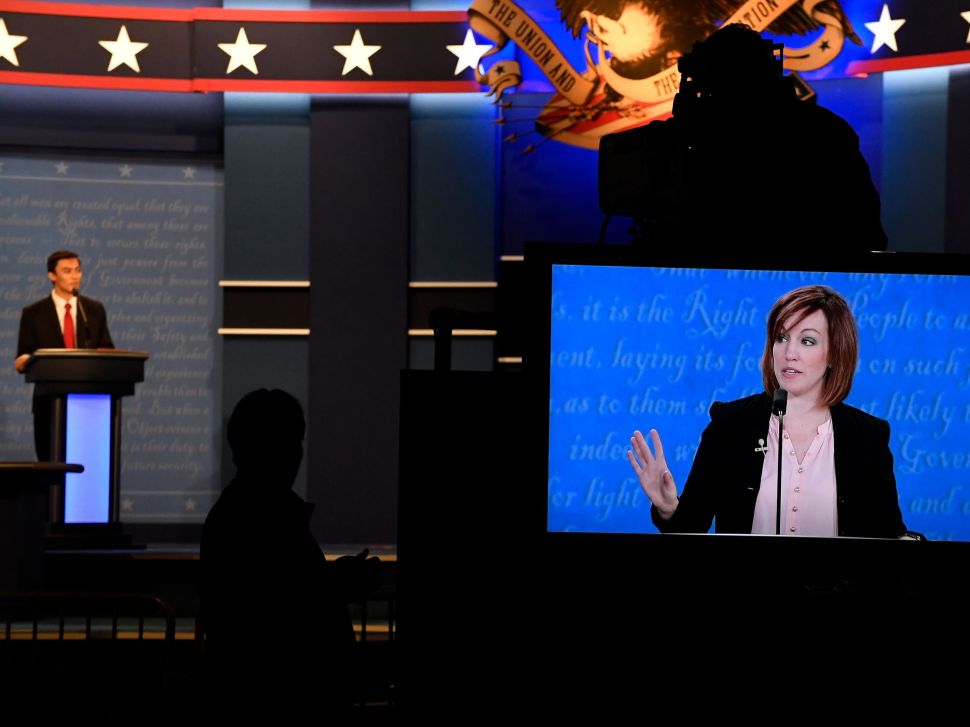 On November 8, the American people will decide their next leader and the direction that they want their country to go.  The differences between Hillary Clinton and Donald Trump are such that it is no exaggeration to say that this election has the chance to serve as a major point in modern history, given the implications for global and American policies going forward. 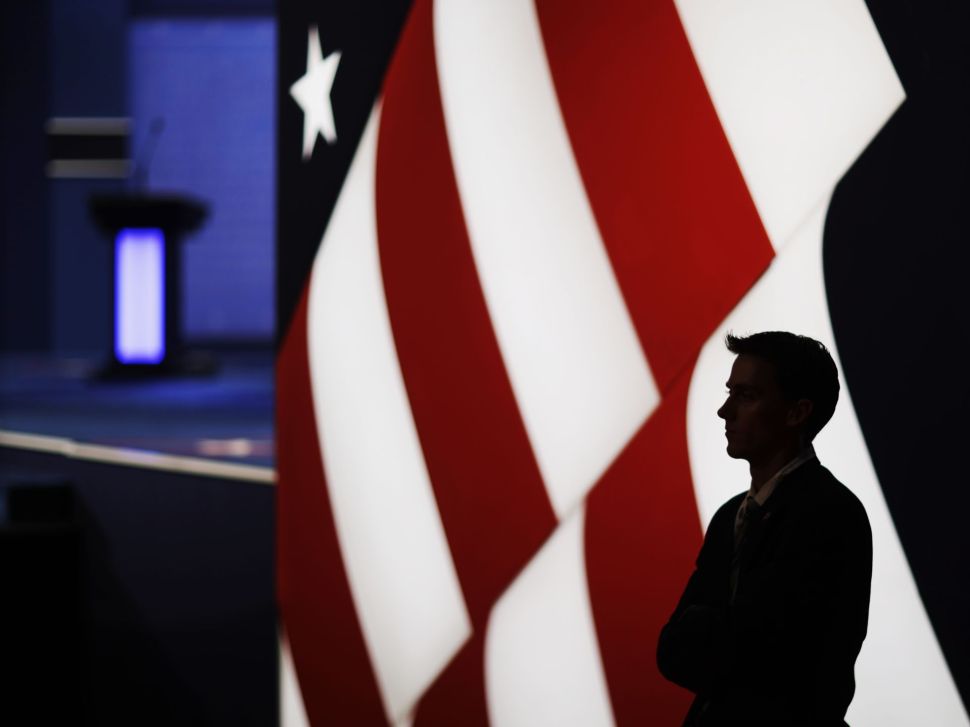 We can be sure that the polls will narrow, each candidate will become more assertive, and defiance will set in as the big day approaches.  It’s anyone’s race and the balance of history is up for grabs.